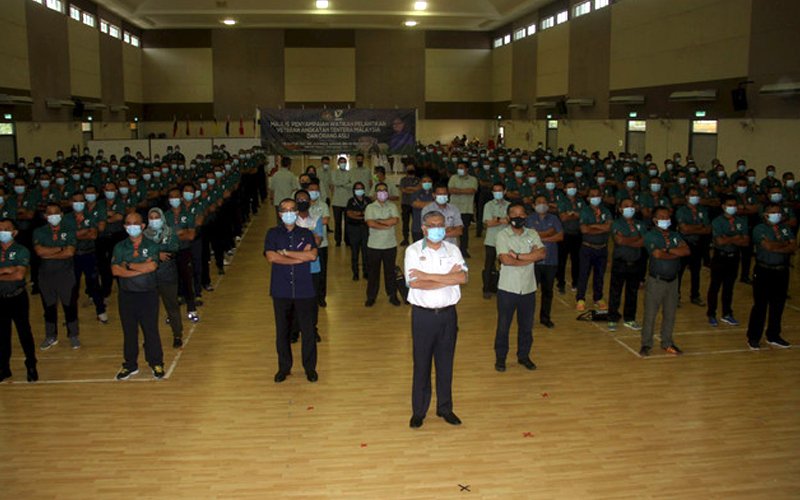 LENGGONG: Wildlife traffickers in the country, especially poachers, will face fines of up to RM1 million once amendments to existing laws are passed and implemented by the government, said Energy and Natural Resources Minister Datuk Seri Dr Shamsul Anuar Nasarah.

He said the government was in the final stages of amending the Wildlife Conservation Act 2010 (Act 716) before being tabled to the Cabinet and subsequently in Parliament to curb wildlife trafficking in the country.

He said the amendment would improve the Act, including increasing the fine from RM500,000 currently for wildlife trafficking offences to a fine of RM1 million later.

“This proves that we are very serious about preserving the country’s treasures by improving existing laws to control encroachment, illegal logging and wildlife hunting.

“We have identified wildlife poaching (illegal wildlife crimes) often occurs through online sales and exporting that bring losses to the country,” he said in a press conference handing out letters of appointment to 201 Malaysian Armed Forces (ATM) veterans and Orang Asli at the Kolej Kemahiran Tinggi Mara here today.

For the record, Act 716 applies to any offender including poachers who can be fined a maximum of RM500,000 or jailed not exceeding five years or both.

In August, Department of Wildlife and National Parks director-general Datuk Abdul Kadir Abu Hashim had proposed for the existing act to be amended as part of the government’s firm efforts to curb illegal hunting activities.

Earlier in his speech, Shamsul Anuar said a total of 135 offenders involving 96 locals and 39 foreigners were arrested this year for various offences under Act 716 with a confiscation value of RM1.7 million apart from 630 traps and 141 immigrants’ tents being destroyed.

Meanwhile, he said the cooperation of various agencies and authorities last year had also contributed to the arrest of 64 offenders involving 32 cases with a seizure value of RM636,600 and with 433 wire snares destroyed.

On today’s programme, the Lenggong member of parliament said so far a total of 538 ATM and Orang Asli veterans have been appointed through the Biodiversity Protection and Patrolling Programme (BP3) to enable the government to continue to protect the country’s high-value revenue.

He said the team would be the eyes and ears of the government in hotspots such as Taman Negara which were identified as frequent locations for poaching activities by irresponsible parties.

He said BP3 was strengthened with an allocation of RM32 million with the involvement of 600 ATM veterans, police veterans and Orang Asli involving the enforcement control of 20,000 square kilometres throughout the National Park, including the Malayan tiger habitat that has been identified. -BERNAMA