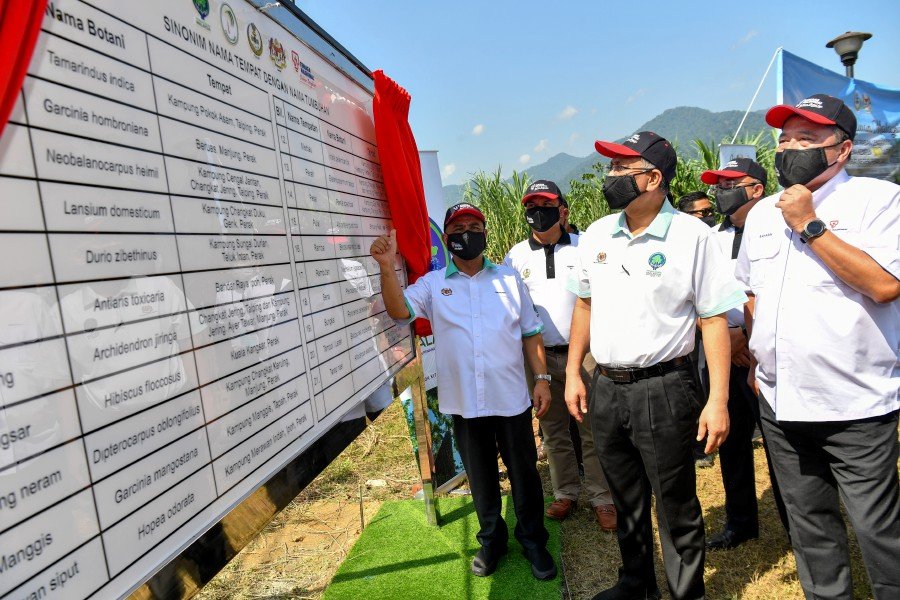 LENGGONG: A total of 3,000 hectares of forest reserves in Perak have been illegally cleared to date, according to Menteri Besar Datuk Saarani Mohamad.

He said the issue was being and has been addressed through the state Forestry Department, with five cases brought to court and several others currently being investigated.

“Some people have been chopping down trees and extracting timber illegally from the forest and sold them. Some others have been cultivating crops on the land. This is illegal deforestation.

“We urge all of them to stop the activities immediately because we have a specific law for timber extraction. If logging activities are not controlled, it will cause mud floods,” he said after officiating the Greening Malaysia Programme: Tasik Raban Lenggong in conjunction with the Perak-level 100 Million Tree-Planting Campaign at Dataran Tasik Raban, about 60 kilometres away from Ipoh, today.

Saarani said a special committee was formed to deal with the issue and the state Forestry Department has also identified those involved with the activities as well as the illegal deforestation sites.

Earlier in his speech, Saarani said Perak has planted 100,000 trees since early January and would intensify its efforts to encourage people’s participation in the campaign, so as to achieve the state’s target of planting 10 million trees by 2025.

At the same news conference, Shamsul Anuar said to date, a total of 5.8 million trees have been planted nationwide, with Sarawak recording the highest number of trees.

“I’m confident that we can achieve the target (of planting 100 million trees nationwide by 2025) based on our achievement so far. We hope various quarters will volunteer to take part in the programme together with government-linked companies and corporate bodies,” he said.

Earlier, Saarani and Shamsul Anuar planted several trees that are synonymous with Perak such as the Ipoh, Beruas, Kangsar and Sungkai trees at the Tasik Raban area.